Have you ever heard the claim that ‘eating celery is the same as eating negative calories’ when it comes to weight loss?  Have you ever felt that eating a bunch of celery can counter act against the calories you consumed in that piece of cake you were tempted into eating while on your diet? If you have, both the concept of negative calories and the idea that eating excessive amounts of celery can make up for large calorie consumption and lead to weight loss, is misleading.

In order to determine the validity of this claim, it’s first important to understand what is meant by the term ‘negative calorie’.

WHAT DOES NEGATIVE CALORIE ACTUALLY MEAN?

Much of celery’s caloric content is bound up in cellulose, a type of fiber which cannot be digested by the human body.  This is why eating one medium stalk of celery (approximately 7.5 – 8 inches long), according to the USDA Food Composition Database, provides only 6 calories of energy in the diet.

The next step in the equation of determining if celery is a negative calorie food is something called the thermic effect of food.  This is the amount of calories used in the chewing, digestion, and storing of nutrients from food.  The least amount of calories burned by the body comes from the thermic effect of food and usually constitutes 5-15% of total daily caloric intake.

What does this mean?   The amount of calories burned to eat and digest a single medium stalk of celery is equal to less than one calorie.

This net positive calorie number proves that celery cannot be a negative calorie food as more energy (calories) are provided from consuming celery than are lost by digesting celery.

The good news:  Celery contributes such a small amount of total caloric intake that it is still an extremely effective food to consume when looking to lose weight and maintain your health. 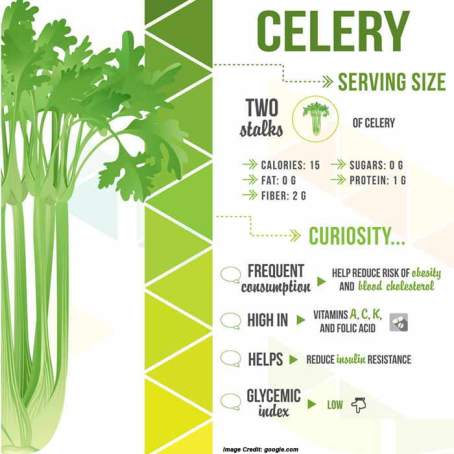 View all posts by depclassof17